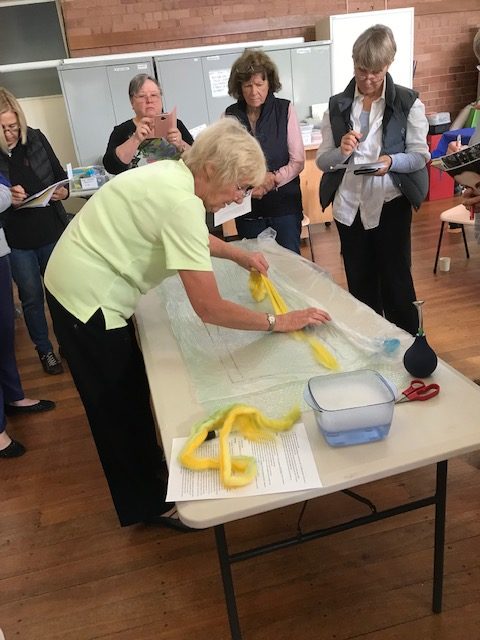 These lightweight scarves, made using a resist and one-directional wool layout, are both beautiful and versatile.

Sara was, as ever, super organised and prepared and brought along a wide range of samples to be studied, admired and tried on.

During the workshop, Sara demonstrated three techniques for layout of the fibres:

Rubbing with hands or felting tools began the felting process while protecting the delicate fibres from moving about.  Only once the fibres were stable could rolling begin.  With no cross fibres, it was a surprisingly lengthy process!

The end results, however, were lovely.  Thanks, Sara, for a great workshop.