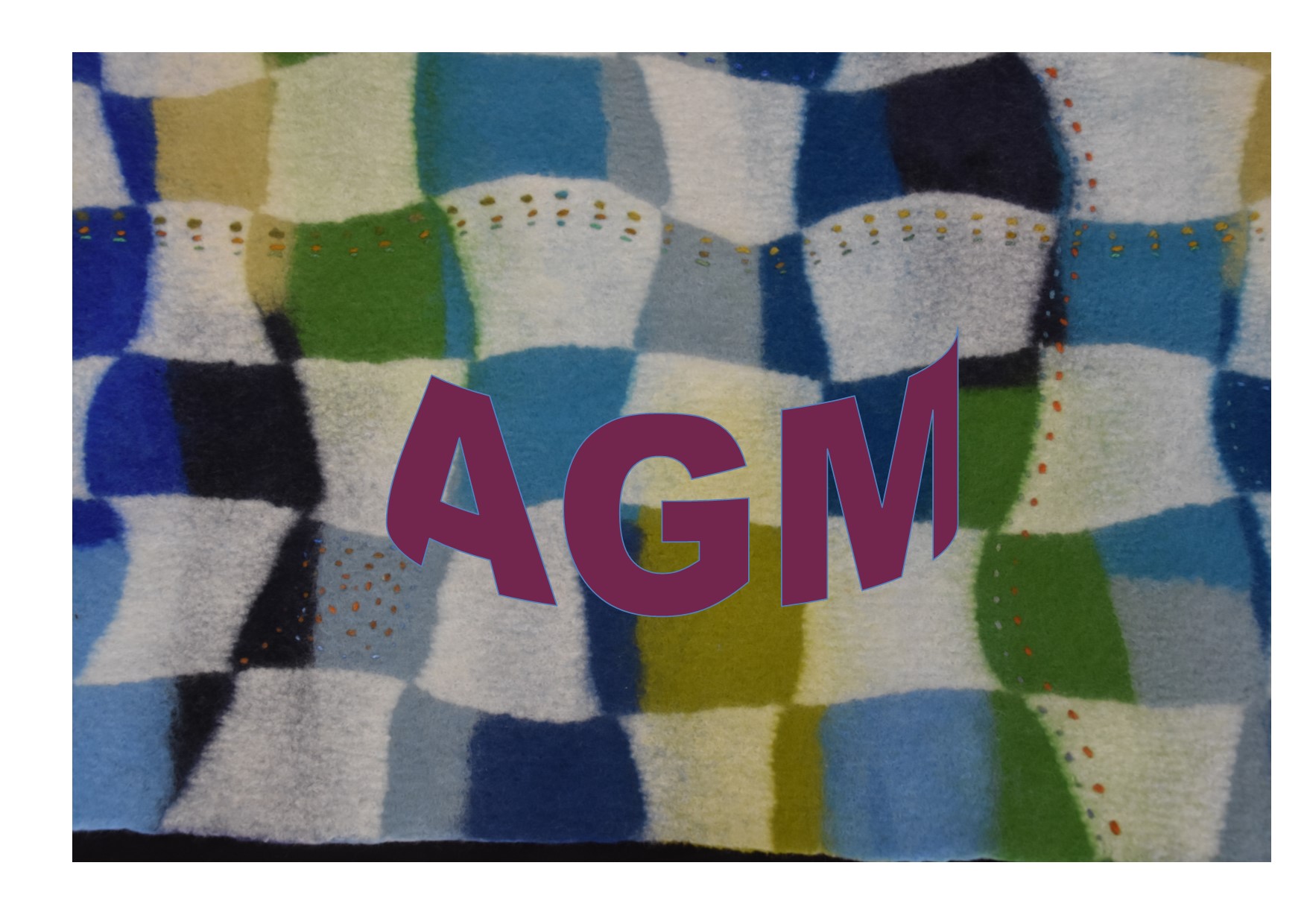 The minutes of the 2017 AGM were approved as a true and correct record.

The President’s report was read by current president Karen Wood.

Declaration of all positions vacant.

Virginia Campbell presided over the election of office bearers.

All positions on the Committee of Management were declared vacant.

There were no further nominations; Elected unopposed 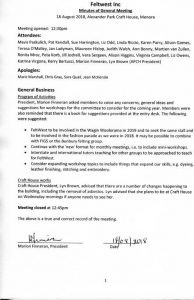 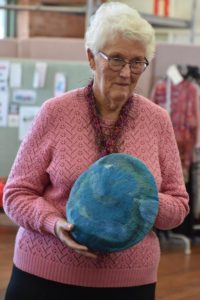 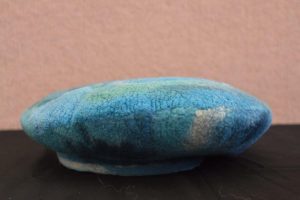 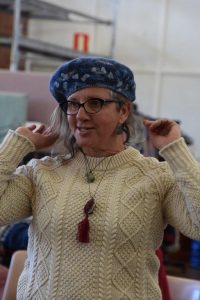 Renita Mroz Beret extra pizass on the side. 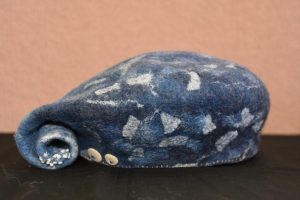 Kerri Bertucci beret – resists on resists and scarf to match. 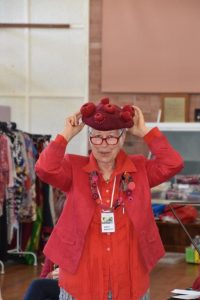 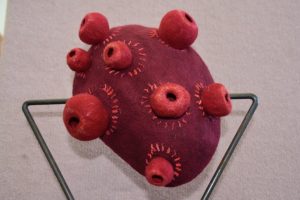 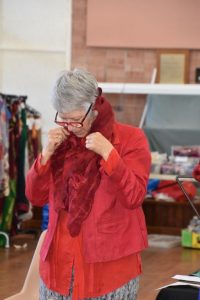 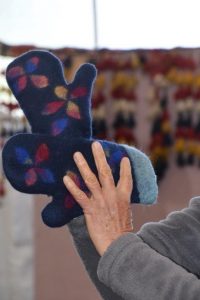 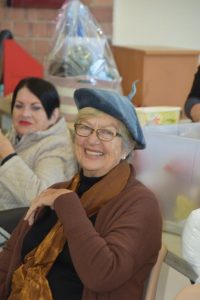 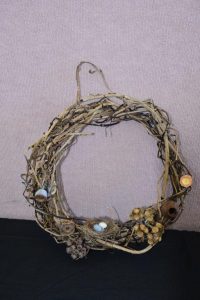 Alison needle felted eggs, my those needles are sharp. 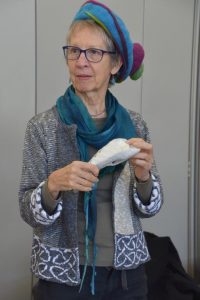 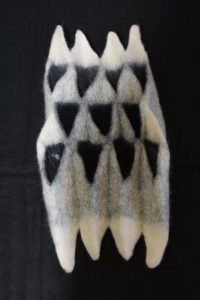 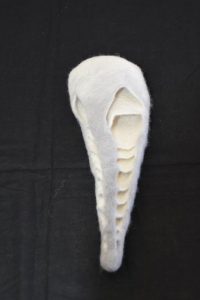 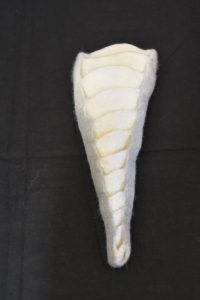 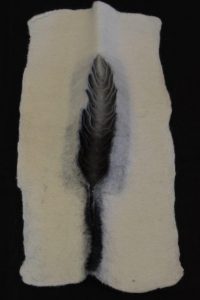 Sue’s Beret and results from Charlotte Sehmich’s workshop down south, use of multiple resists.

Example of spikes several ways, results from the Extension Workshop. 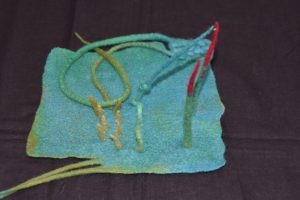 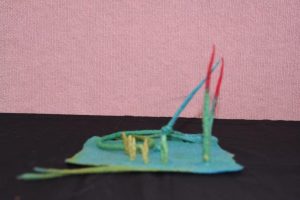 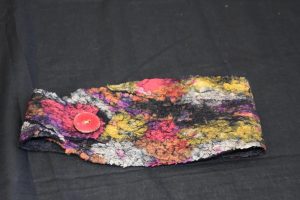 Due to Corona Virus containment strategies Feltwest has cancelled and/or postponed all of our activities until the end of June. We will revise this situation as soon as government restrictions will allow. Dismiss